dstelecom growth and its business model's consolidation has been remarkable and innovatively pioneering in the telecommunications sector in Portugal.

The dstelecom group's performance in recent years certifies the success of business model implemented. In order to strengthen its positioning and the growth of its business, the dstelecom group aims to accelerate its investment program, consistently increasing its service portfolio and customer service excellence, as well as the geographical areas it operates in.  At the same time, the group aims  to continuously improve its profitability, constantly seeking to optimize and enhance existing resources. 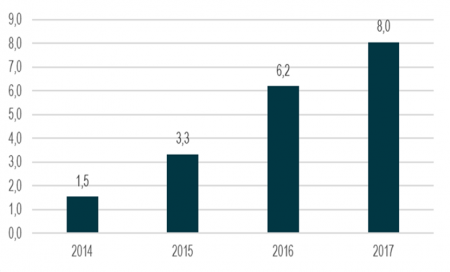